ZING INTO SPRING – A YANG TO YIN SPRING MASTERCLASS 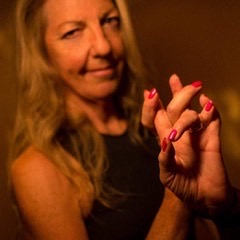 When the two forces of yin and yang are balanced there will be health and wellbeing.

In Hatha yoga, these complimentary
Yang/Yin qualities are reflected in our yoga practice when we embody Sthira/Sukha – described in the Yoga Sutra’s of Patanjali as Steadiness/Ease.

Traditionally, yin and yang are described as the shady and sunny side of the mountain. They can be thought of as phases of a cyclical movement (dark and light, activity and rest) or varying states of matter (expansion and contraction or rising and descending). According to taoist philosophy, everything has both yin and yang aspects. Within the yin-yang symbol there is still a spark of yang on the yin side, and within the yang side there is still a hint of yin.

We’ll open with some Yang Flow – more active, fiery, upward and outward moving. Yang “stokes” the metabolic process. For instance, digestion and the beating of the heart rely on yang.

After the yang movements, the class will transition to Yin yoga postures. Yin is cool, slow, passive, downward and inward moving. For example, our bodies fluids and deeper tissues are yin (blood, lymph, bones).

Mudra, Mantra & Meditation will be woven in, all wrapped up with a long, nurturing Shavasana.

This class is suitable for all levels.